Cannabis-Infused Recipes for Your Next Party 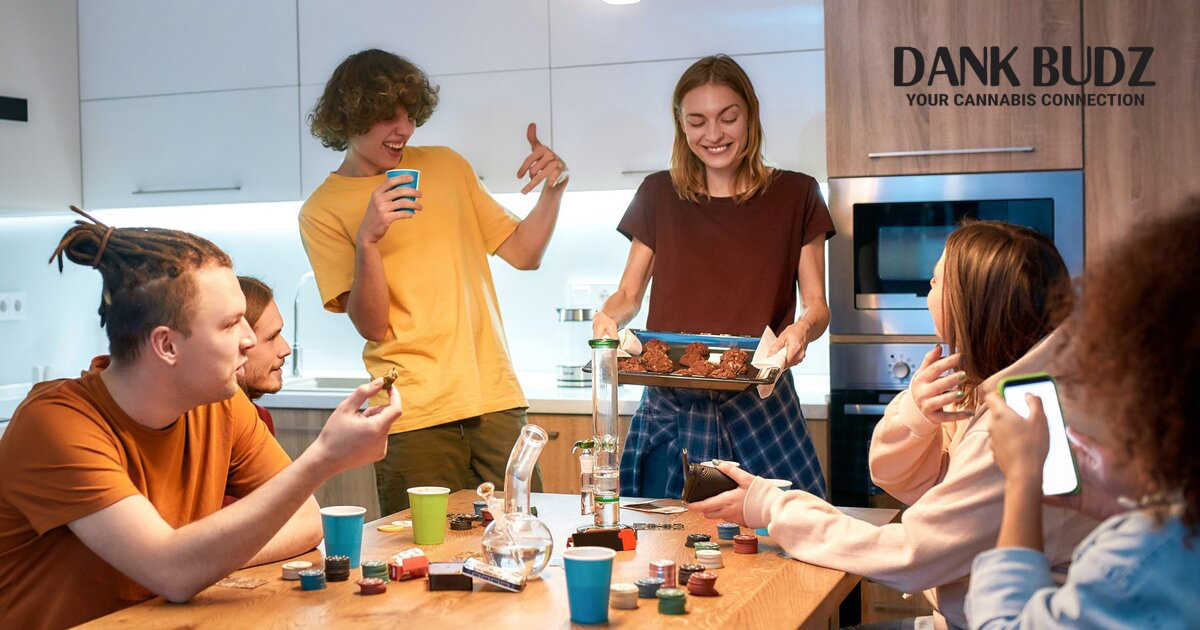 Before you delve into any cannabis recipes, you should know about decarboxylating your bud before you put it into an edible. This is important if you are using flower that hasn’t been decarboxylated when purchased, or pre-made butter, as it will make your edibles much more potent. Decarboxylation is generally done through cooking the flower between 215 to 255 degrees Fahrenheit for 45 minutes to one hour.

Jump to a Cannabis-Infused Recipe:

Vaping, smoking, or decarboxylating take away the extra carbon that is attached to THCA to make it THC—hence the term decarboxylation. If you were to cook with THCA without going through the decarb process, almost none of the psychoactive effects would be present, which is why it is done before you cook edibles.

If you don’t decarboxylate your bud before you use it to cook with, you will notice almost no effect. In order to bring out the most of your edibles, you’ll need to make sure to decarboxylate them.

Here are a few ways you can decarboxylate your cannabis at home. 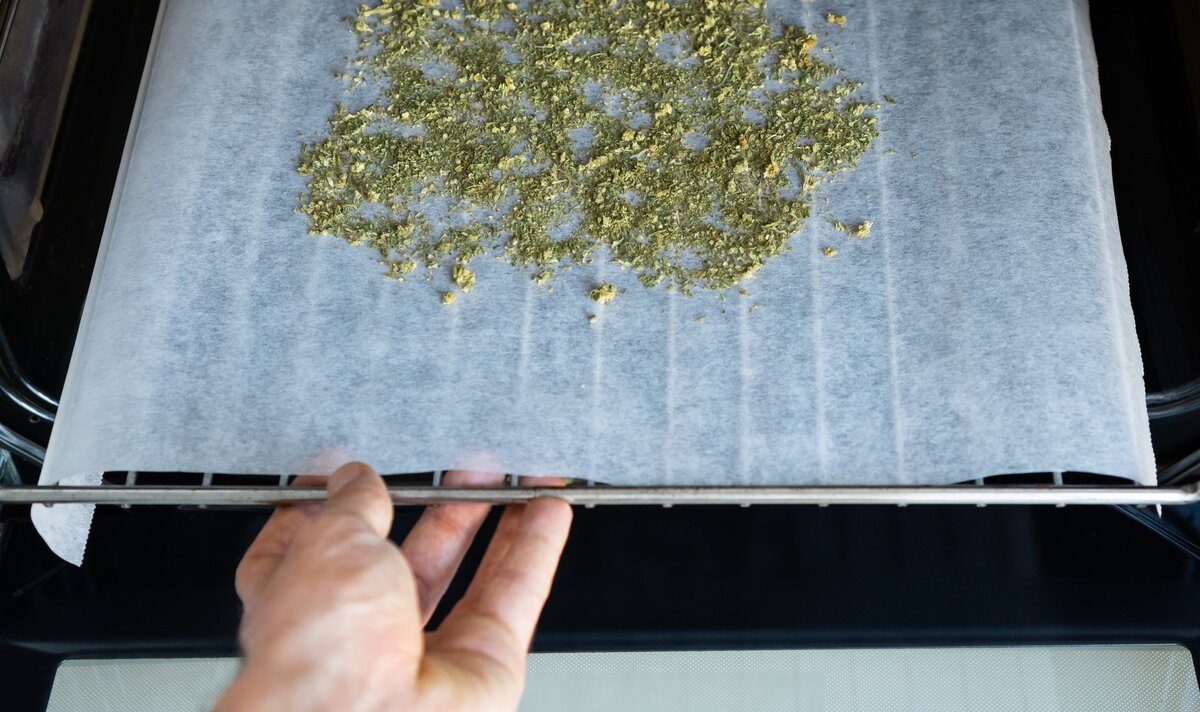 When using your oven to decarboxylate your cannabis, it’s important to know that the dial and temperature are not always accurate. Many ovens fluctuate about 20 degrees and this can cause burning or a lack of decarboxylation of the THC. We’re primarily concerned with burning, as most of the THC will be lost if that is the case, and it is unsalvageable, so if you smell burning, turn down the temperature of the oven.

There are many reasons why you might want to choose using a mason jar over an oven for your decarb process. There is significantly less cannabis smell using a mason jar and you can take advantage of the fact that it is contained within a jar, to help supplement your infusions later. Many terpenes of the flower will stick to the jar during the evaporation process, making it perfect if you decide to use the same jar for your infusions later. You are also significantly less likely to burn your cannabis during the process.

Now that you are an expert on decarboxylation, we can move onto the fun stuff: cannabis infused recipes!

Almost all of these recipes use pre-decarboxylated cannabis as their base, and require about 7-10 grams, but you can always dose them how you’d like.

Her are some of our favorite cannabis friendly recipes for your next dank party! 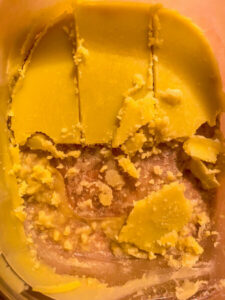 If you are looking to make brownies, or want to bake using your cannabis, making it into a butter or oil is the universally accepted method that enables you to use it in almost any recipe. This is a slow cooker marijuana recipe, but you can use other methods such as simmering it on a low temperature on a stovetop. We’ll go over a few methods for you here, and the general process. It’s recommended that you use pre-decarboxylated cannabis when you make your butter, but you can typically use non-decarboxylated cannabis if you know how to modify the cooking time accordingly.

Here are a few ways you can start making cannabutter at home and what you’ll need to do it:

Remember to always dose accordingly. There are many factors that go into the potency of the cannabutter, so try to test a small amount on a snack (somewhere around one quarter of a teaspoon) to see how potent it is before you cook with it. Everyone who has once thought of trying edibles has likely thought of the famous pot brownies. They are a staple of the marijuana community even if you’re not into edibles, and for good reason. The flavor of cannabis accentuates the chocolate in the brownie, and in many cases, the cannabutter makes for a much better replacement over the normal butter.
Print Recipe Pin Recipe It’s always nice to have something you can throw in the crockpot for a party. You can cook your food and keep it warm for your guests with these slow cooker recipes. Feel Free to Get Creative with Your Cannabutter 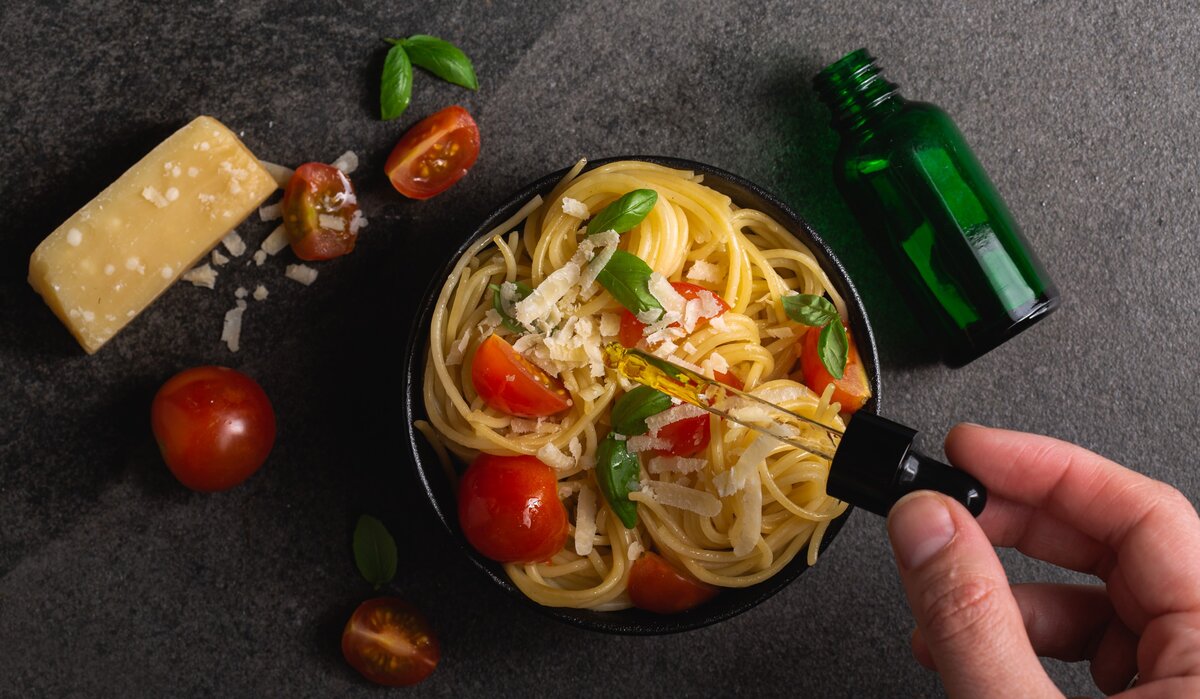 The glorious thing about knowing how to make cannabutter and cannaoil is once you have that technique down, you can use your butter or oil in almost any recipe that calls for one or the other.

You can easily replace a portion of butter or oil in any recipe to make it into your very own cannabis-infused edible. So don’t be afraid to get creative in the kitchen and experiment with various types of canna-infused recipes.

Get dank with it!

Collector of POP! bobbleheads, fan of anime, player of video games, reader of comic books and watcher of action movies – all of which help keep me young at heart.