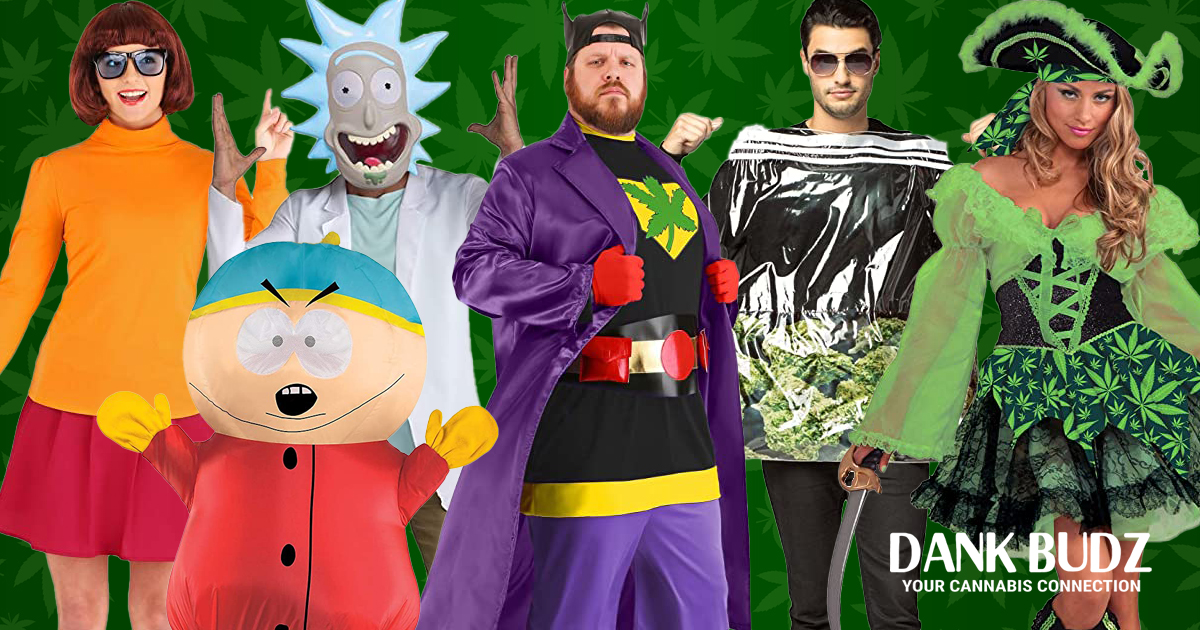 Making a purchase through a link on this page may earn us a small commission. Learn More.

It’s never too early to start planning your Halloween costumes — even if it’s November 1st! With marijuana reaching more acceptance both socially and medically, people are becoming more and more open about cannabis use and its myriad benefits. With that in mind, Halloween just got even MORE fun with HIGHlarious stoner Halloween costume ideas.

No matter what weed vibe you’re going for, we have you covered like a rolling paper for the spookiest night of the year!

Do you love cuddling up with your significant other, having some edibles, and binge-watching Weeds? You can share your mutual affection for cannabis and each other with matching costumes. No lover in your life? That’s okay! Your “best bud” can easily help create these dynamic duos with you!

Doctor Ken Abyss and Nurse Mary Jane. These costumes are just what the doctor prescribed. For those ladies who don’t want to wear a tight “sexy nurse” costume, get some scrubs and paint on a green cross and voila – comfy costume! 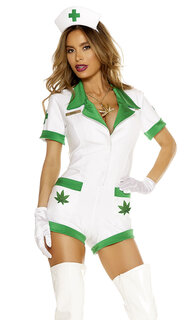 Jay and Silent Bob. Ladies, ladies, ladies – Jay and Silent Bob are in the hizz-ouse! What’s fun about this stoner duo from the minds of Jason Mewes and Kevin Smith is that it’s easy to put together. Yellow jacket, black track pants, black shirt, long blonde hair wig and beanie for Jay; black/dark green trench coat, jeans, comic book or black t-shirt, long black hair, beard, and black backwards baseball cap for Silent Bob. These items are easily found during a thrift shop hunting trip. Bonus points if you dress up as their alter-“weedgos,” Bluntman and Chronic! 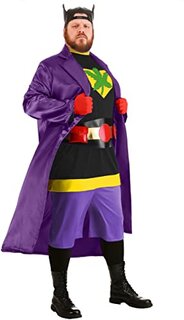 Cheech and Chong. Dave’s not here, man. Probably the most iconic stoner duo in the history of the plant, they brought weed more into the mainstream with their cult classic comedies and standup routines. Red suspenders, denim vests, bandanas, glasses, and fake facial hair are easy to procure from any local thrift store. 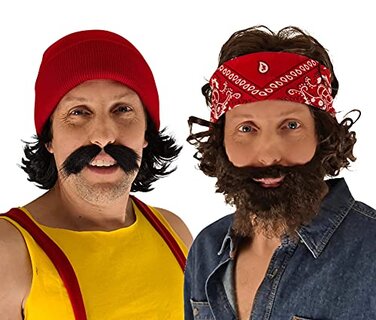 Adam and Eve. Go Old Testament with a twist – instead of regular leaves, replace the regular leaves with pot leaves made of felt! 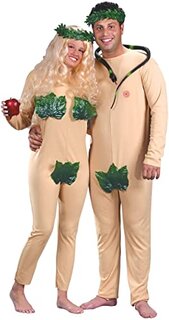 Rick and Morty. Embraced by marijuana enthusiasts, the cartoon Rick and Morty is super fun to watch while stoned. It’s no wonder finding grinders, bongs, pipes, and other Rick and Morty-inspired weed accouterment is easily done in any dispensary. Rick himself makes no secret of his affinity for drugs. While most of what he imbibes has a fun alien-sounding name, we’d be willing to bet he likes a regular Earth-grown joint from time to time. 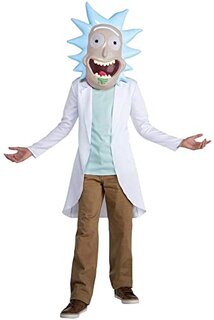 His and Hers Shiver our timbers, what a cool-looking twosome! Put the “high” in “high seas” with these weed-print pirate get-ups. Make sure you don’t plunder anyone else’s stash though – that’s a major party foul that’ll get you sent to the brig for mutiny. 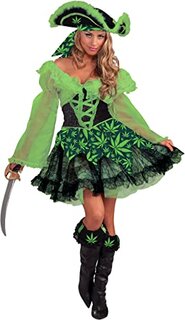 If you have 3 or more people in your Halloween posse, then puff-puff-pass and go out dressed in these cool group costumes:

Towelie, Randy Marsh, and South Park personalities. This group costume is perfect because, with South Park’s long list of characters, it’s easy to get a whole bunch of people in on the action. Towelie is the first stoner character with his memorable catchphrase “I have no idea what’s going on…” In more recent seasons, Randy Marsh started his own pot farm called “Tegridy Weed” with his wife and kids, Stan and Shelly. From those main weed-centered characters, you easily branch out and have a bunch of characters from which to choose. 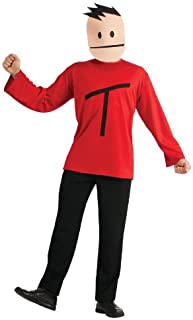 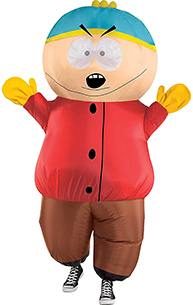 Scooby Doo and the Gang. Scooby Dooby Doo, where are you? Winning the next group Halloween costume contest! While the show never expressly showed Scooby, Shaggy, Daphne, Fred, and Velma partaking in ganja, Shaggy wasn’t exactly keeping it a secret with the stoner mentality, “Scooby Snacks” and munchies. Amazon has some choice Scooby Doo costumes, as does any major Halloween costume store (like Spirit or Halloween Express) or you can go thrift store searching for a homemade outfit. End result? Awesome group costume. Zoinks!

Weed Paraphernalia. The great thing about Halloween is that you can let your imagination run wild and be anything you want – even objects, like this group did. A Bic lighter, a grinder, a pack of Marlboros, rolling papers, and a bag of weed all complement each other and can stand out on their own. Maybe add to your group dynamic with people dressed as a bong or a pipe – the applications are limitless.

Hippies. Why not go with the counter-culture group that started it all – hippies! Since bellbottoms and tie-dye are making a comeback, this costume will be all too simple for a group to get together, even last minute. This can also work as a couple’s costume. Far out, man! 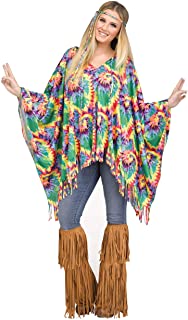 Bear in mind, many of these costumes can also be “unisex” but are delineated as “men” and “women” on most Halloween websites.

The Dude from Big Lebowski. He’s The Dude and that’s what you call him, man. This bowling aficionado who enjoys a joint while taking a bath (with or without a marmot) is super recognizable and one of the easiest costumes to put together. Sandals, a brown robe, white t-shirt, scruffy long hair and beard, and pajama pants – bam – instant Dude. Go for the gold and make it a couple’s costume with Walter or a huge group costume with Walter, Donnie, Maude, Bunny, Brant, Mr. Jeffrey Lebowski, The Nihilists, Jesus, and Liam… but that’s just, like, our opinion, man. Also, don’t listen to the Eagles – it’s been a long day. 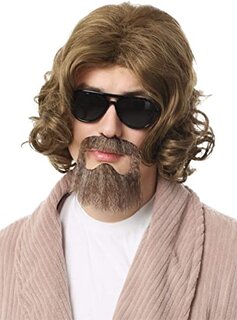 Hunter S. Thompson. The creator of “gonzo journalism,” where the reporter becomes part of the story and shapes the events therein (blurring the lines of objectivity and subjectivity), had a lot of different periods of life to depict. The most popular and recognizable way to portray Thompson is from his fictional work “Fear and Loathing in Las Vegas” era wherein his somewhat autobiographical character Raoul Duke is played by Johnny Depp in the movie version of the eponymous book. A Hawaiian shirt, yellow-tinted sunglasses, a marijuana cigarette, white pants, and a brimmed fisherman’s hat and people will know exactly who you’re supposed to be!

Willie Nelson. Another iconic figure from marijuana culture is the “On the Road Again” iconic country music singer/songwriter, Willie Nelson. A blonde braided pigtail wig with a red bandana, an old guitar, denim shirt, and a beard and you’re ready to go. This costume serves as a “twofer” because Nelson himself grows his own strains of Mary Jane for sale and is a huge legalization of cannabis advocate, citing that it’s not a drug but rather a plant. Do the man proud and spread his message with this homage. 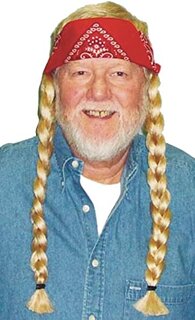 Snoop Doggy Dogg. Snoop is one of the more famous rappers in the world, especially since most of his songs are about smoking ganja and hanging out. Go fun with it and maybe have a friend dress up as Martha Stewart (making this a great couple’s costume idea as well). While you’re at it, check out his cookbook, From Crook to Cook, to get a really “dope” brownie mix with Snoop’s “special herbs and spices” to eat before you go out. 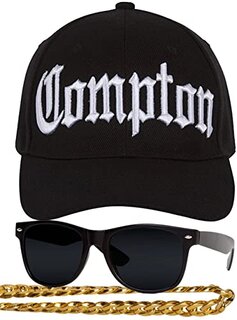 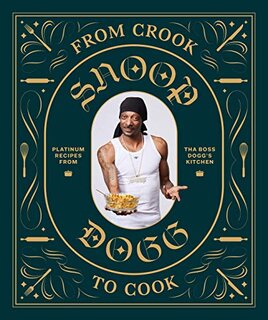 Weed Itself. Sometimes the simplest solution to your Halloween quandary is the best solution. As we’ve seen in the group costumes, you can actually dress up like a bag of weed, a blunt, a spliff, or any incarnation of the plant. Group or solo – you won’t have anyone wondering what you are. 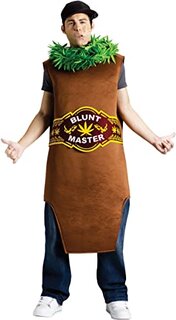 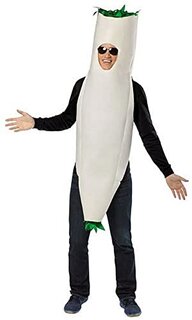 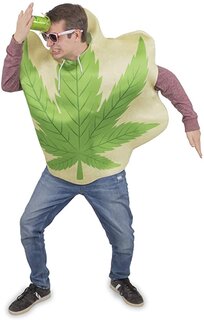 Weed. Wanting to show up to your next Halloween party looking classy but still let people know you’re here to party? Try out the classic-looking pot leaf printed suit.

Baked Potato. Get it? “Baked” Potato? This costume is a literal baked potato with chives, cheese, and butter – but there’s no saying you can’t add to it with a blunt and make “baked” a double entendre.

Last but certainly not least, we have the ladies! Let your pot flag fly proudly this Halloween with a multitude of amazing costumes to choose from:

Cute Weed-Inspired Dress. Sometimes a costume doesn’t have to just be a costume. This multi-purpose marijuana leaf print dress comes in so many different styles, it might be difficult to choose. We suggest getting one of each so you can rock this cool look all the time.

Poison “Ivy”. The DC Comics villainess, Poison Ivy, is a lover of all plants, and, wouldn’t you know, that includes cannabis! Take a classic Poison Ivy costume and add marijuana-inspired touches to it, setting it apart. Where regular leaves are used, try cutting out fabric pot leaves and adding to it. Don’t have the time or money? That’s okay! A simple green dress from a thrift store, a mask, fabric, and a glue gun can create this look for you, easy. 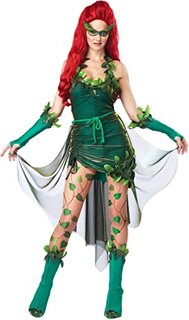 Weed Boss Babe. This stylish, sleek, and all-out boss babe look will turn heads. Complete with “gold-plated diamond pimp cane” and dollar sign necklace, people all around will bow down before you like the goddess you are.

Girl Scout from Troop 420. This is not your little sister’s Girl Scout troop! A classic-looking “Brownie” uniform with marijuana paraphernalia patches makes this a cute and fun costume to trick or treat with. Show up with pot cookies and you’ll be the life of the party. 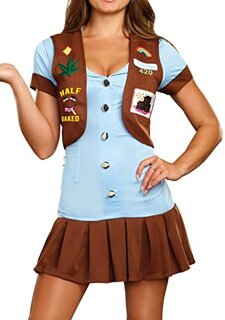 Miss Marijuana Pageant Winner. The great thing about this costume is that all you need is a fun green satin/silk dress from the thrift store, a tiara, and this sash and you’re ready to rock. Make sure to practice your pageant queen wave!

Brownie Mary. Far from a campy or funny costume, Mary Jane Rathbun was a real medical cannabis activist who is known for baking and giving out pot brownies to AIDs patients during the height of that disease. A true pioneer woman, she lobbied tirelessly for the legalization of medical marijuana from 1984 to 1996. While she might not be instantly recognizable as a costume, this will give you the amazing ice breaker of teaching about her good works to the uninformed so her legacy lives on forever. 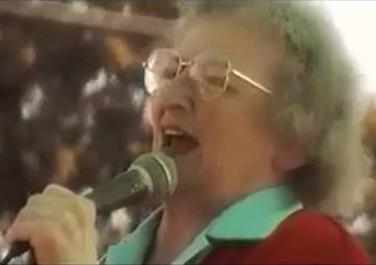 While you might have to do some research, it will be interesting and informative! Ishtar (Sumerian), Kali-Ma (Hindu), Seshat (Egyptian), and Freya (Norse) are noted among historians as “pro-cannabis” goddesses, with many of their mythology and real-life rituals revolving around marijuana. Need some inspo? This Sunburst Halo Headpiece Crown is everything! Add some marijuana accessories and bam, cannagoddess for dayz. 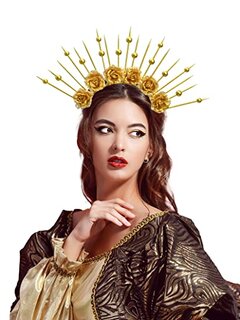 Have A Dank (but Safe!) Halloween 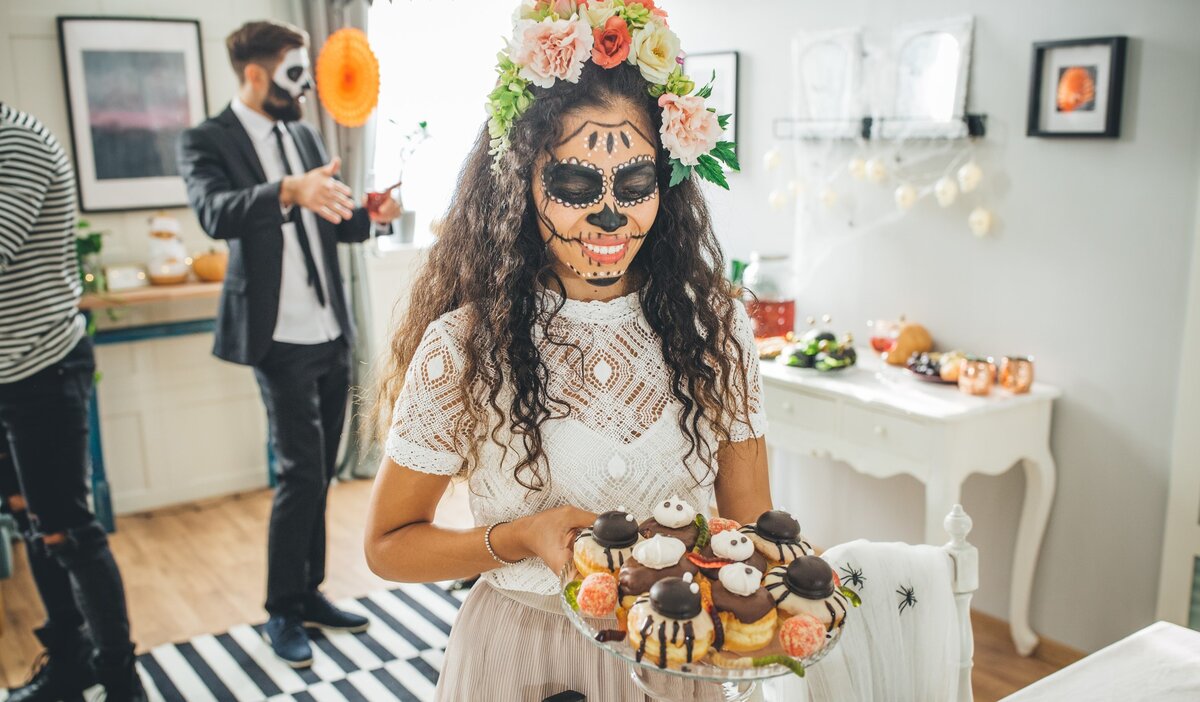 Whether you’re sitting at home watching scary movies on October 31st, going trick or treating with your kids, or going to a party/get-together, Dank Budz wishes you a safe, happy, and chilled-out Halloween.

Make sure to visit us on our Twitter, Instagram, YouTube, or Facebook  and don’t forget to tag us in your weed themed Halloween costumes. We can’t wait to see what high-larious and creative ideas you come up with budz!