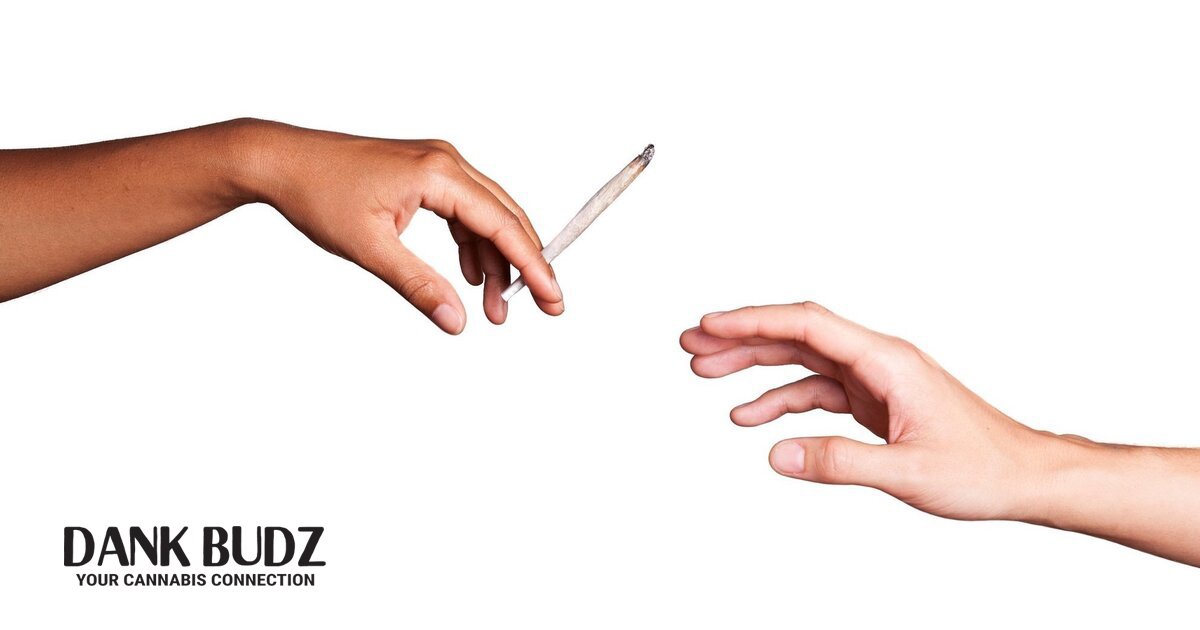 It wasn’t until recently — very recently, even — that the stigma against cannabis has started to fade. The situation has changed rapidly. Not too long ago, weed was still widely considered to be a dangerous, life-ruining drug, on par with far more deadly substances. Scare tactics were running rampant, and accurate information on the effects and downsides of cannabis was rarely talked about.

No doubt, both the cultural perception and legality of cannabis have changed. It’s become much more commonplace today for weed to be framed with the nuance it deserves. In reality, it’s a substance that’s generally safe when used responsibly by adults. Finally, the war on drugs seems to be coming to an end — or, at the very least, it’s far less aggressive than it was in the past.

Cannabis has come a long way. As we enter a new era, it’s important to remember what led us here. 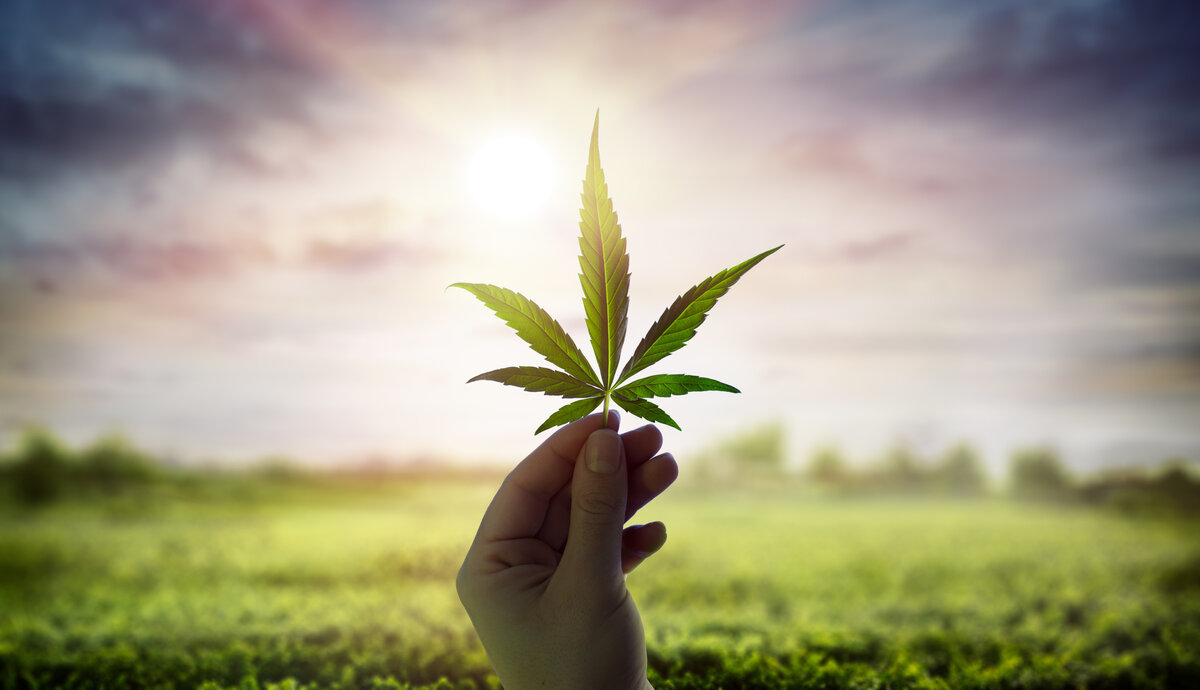 Early on, the drive to criminalize cannabis was largely due to racism against Mexican and black communities. This would continue to impact drug policies in the United States for many years to come.

Early Cannabis Use in the U.S.

It was the 1930s, right in the middle of the Great Depression, and Prohibition had just been repealed. So, bureaucrats decided it was about time they found another target. At the time, weed was used primarily by certain Mexican and black communities. The aforementioned bureaucrats saw this happening, and so, they ran with it.

Cannabis was accused of being yet another threat to the already struggling United States. As a consequence, communities that used cannabis were given a similar reputation. This led to the widespread banning of the substance, as a direct result of racism and fear-mongering by elites.

By 1931, over half of the U.S. had successfully outlawed cannabis. Just a few years later, in 1937, the government passed the Marijuana Tax Act. As a result of this act, cannabis was rendered illegal in the United States.

For a number of years following the Marijuana Tax Act, laws surrounding weed only grew stricter, and the consequences of using it only grew harsher. When Congress passed the Boggs Act of 1952, for instance, mandatory sentencing was established, as well as increased punishment for offenders. Not long after, even more damage was done by the Narcotics Control Act of 1956. It had truly started to seem as if the anti-cannabis figureheads had won the battle — and really, they had won, for years to come.

The following decade, in the 1960s, weed had seen increased use within counterculture communities. The cultural and political climates were shifting, leading to a renewed interest in cannabis by a variety of people. Attitudes toward cannabis became a bit less dire, leading the substance to gain popularity with white, upper-middle-class Americans. Finally, laws surrounding cannabis began to account for potential substance abuse treatment, rather than simply punishment for the offender.

Thankfully, in 1970, some of the harshest mandatory penalties for marijuana possession were repealed. Still, this was just a very small step forward, in the fight to decriminalize cannabis. That same year, cannabis was also classified in the Comprehensive Drug Abuse Prevention and Control Act as being in a category separate from other, more dangerous narcotics.

Throughout the rest of the 1970s, eleven U.S. states would go on to decriminalize cannabis, due to a shifting understanding of the plant and its potential risks — which, seemingly, were far less severe than originally thought.

The War on Drugs

Nonetheless, the perception of cannabis began to shift again, in 1976. That year, conservative parents in the United States began to organize an anti-cannabis movement. These parents started lobbying for even stricter regulation of cannabis. Ultimately, the goal of these parents was to get weed out of the hands of teenagers. Still, these groups had a much wider impact on cannabis law and perception, far beyond its impact on teens. With the backing of the Drug Enforcement Administration (DEA), as well as the National Institute on Drug Abuse (NIDA), the actions of these individuals played a large role in the success of the War on Drugs, a decade later.

In 1986, President Ronald Reagan signed the Anti-Drug Abuse Act. With this act, the government once again doubled down on mandatory sentences for drug-related crimes, which included those arrested for possession of cannabis. Federal penalties were also raised and were highly dependent on the amount of the drug involved. Worryingly, an individual caught with 50 grams of weed would receive the very same penalty as someone possessing 50 grams of heroin. Once again, cannabis was sorted into the same category as far more dangerous substances, despite a lack of evidence that would have justified these apparent similarities.

The Anti-Drug Abuse Act was later amended, becoming even more aggressive. Three instances of a drug-related offense now required a life sentence, including arrests related to cannabis. In 1989, President Bush officially declared a “War on Drugs.” 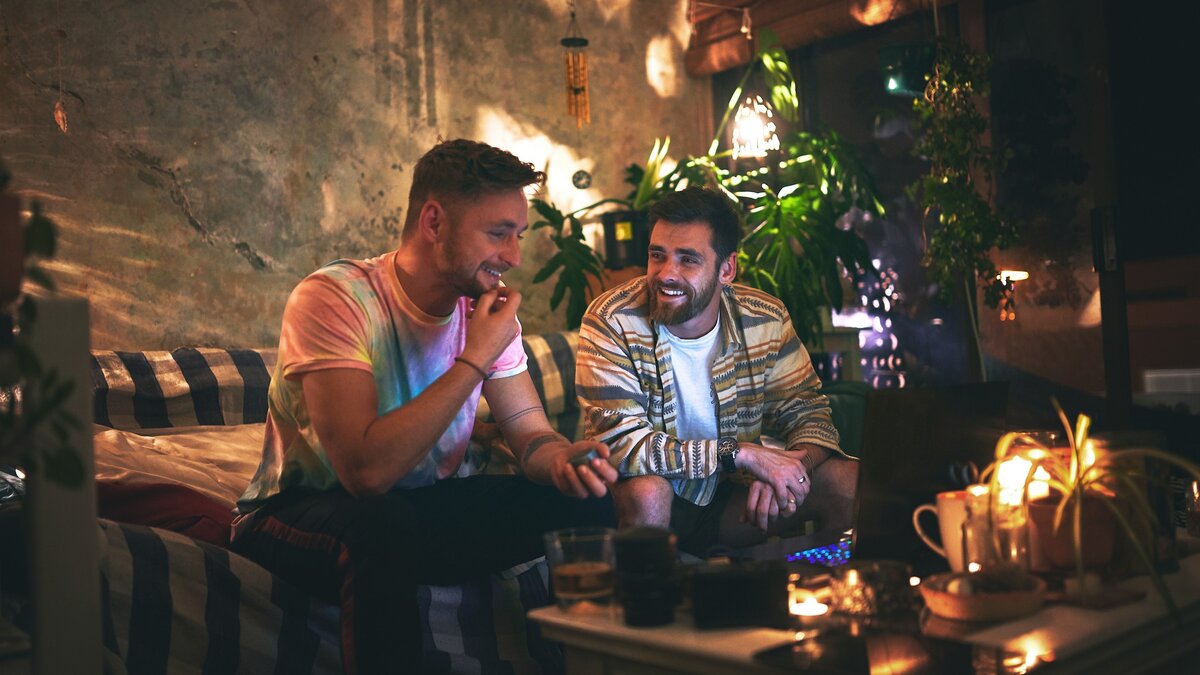 Since the War on Drugs was officially enacted, both the legal status and the reputation of cannabis have gone through a whirlwind. Steps have been taken back, but they’ve also been taken forward. It’s definitely been an eventful era, for cannabis and its proponents.

In 1996, the state of California passed Proposition 215. This made California the first state to legalize medical marijuana. This was almost followed up by Arizona, but the state later had the initiative ruled as “invalid,” due to the federal restrictions still in place. Different medical marijuana laws were passed in other states, including in Oregon, Washington, and Alaska.

Between 1999 and 2004, a number of states legalized medical marijuana: Maine, Colorado, Hawaii, Nevada, Montana, and finally, Vermont. In California, it also became illegal for doctors to face consequences for recommending medical marijuana to patients. These were important protections and helped to further normalize cannabis as a valid medical treatment.

New moves were also being made in the world of cannabis, which might’ve seemed unprecedented, just a few years prior. An early sign that the War on Drugs might finally be coming to an end — Colorado and Washington became the first states to legalize recreational marijuana. Both states passed their bills in 2012.

While some states, such as Illinois and New Hampshire, went on to legalize cannabis for medicinal purposes, other states achieved full legalization. This included Alaska, Oregon, and Washington D.C. In 2016, cannabis was legalized in California, Nevada, and Massachusetts for recreational purposes. That same year, several additional states legalized medical marijuana, as legalization was seemingly becoming the norm — whether it be medical or recreational.

Today, we’ve reached a new era for cannabis in the United States. Alongside the continued legalization of the plant, attitudes are shifting within the public. Only a decade or so back, the anti-cannabis stigma was holding on strong. Misinformation surrounding cannabis and its effects was still largely the norm, and the substance was still being presented to young people as a sort of boogeyman figure.

However, over the past few years, a lot has changed. The public is becoming more knowledgeable on the actual hazards of cannabis, rather than the massively overblown downfalls believed by generations prior. Overall, people in the United States have begun to see cannabis through a far more nuanced lens. This has led to the stigma beginning to loosen and fade — as strange as it seems, many people won’t even blink if you open up to them about your cannabis use. In many ways, it’s becoming normal.

Where Is Weed Legal Today? 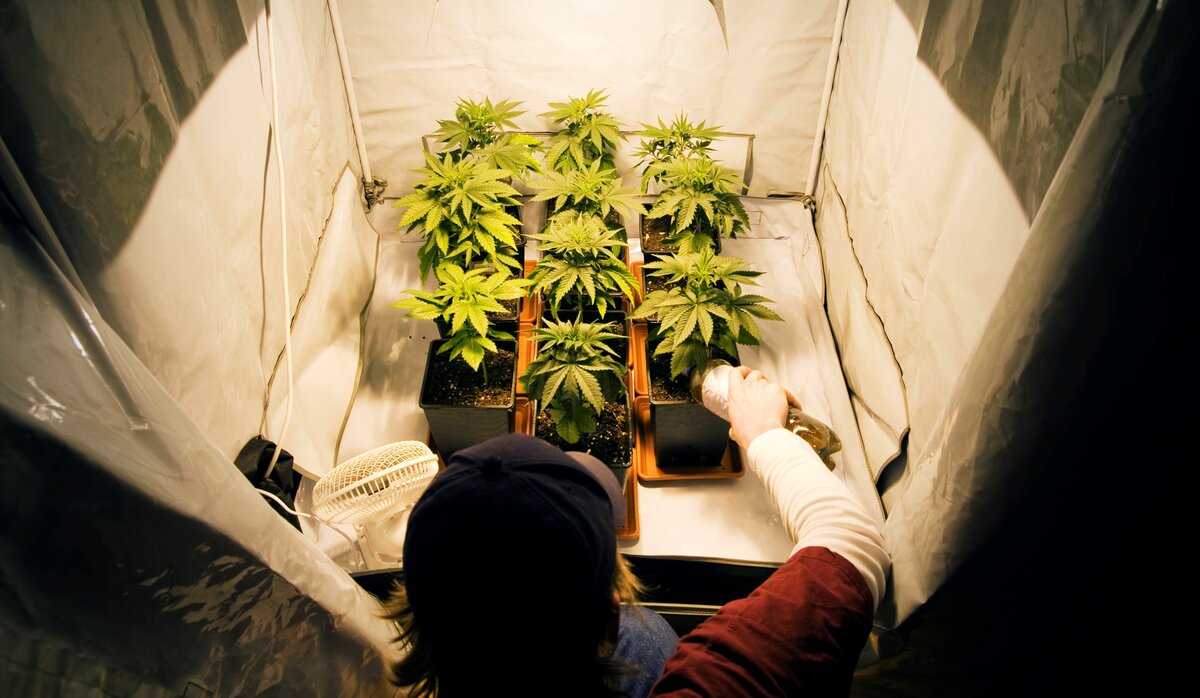 Here’s a run-down of the current status of cannabis legalization, both medicinal and recreational, within the United States.

States Where Cannabis Is Legal (Medicinal Only):

States Where Cannabis Is Fully Legal:

Cannabis is still fully illegal in Alabama, Idaho, Kansas, Nebraska, North Carolina, South Carolina, Tennessee, and Wyoming. With these states, we’ll just have to wait and see what the future might hold. Efforts continue to be made to legalize cannabis in these locations, even if just for medicinal use.

The Future of Cannabis

Given this new era of cannabis friendliness, the future of the plant is looking brighter than ever. From what it seems, cannabis is well on its way to being considered mainstream. According to a survey by the Pew Research Center, around two-thirds of Americans believe that cannabis should be legalized. This is up from 31% of American adults, which is where that same statistic fell in 2000. Given the drastic rise of this number, it seems likely that the trend will only continue.

Moving into the future, cannabis will gain approval from a greater number of Americans, whether or not those individuals personally use the substance. To emphasize that change even further, it could be noted that in 1969, a meager 12% of American adults supported the legalization of cannabis. From then to now, the number has risen, astronomically.

Additionally, according to a study performed by New York University, adults of the baby boomer generation are becoming increasingly fond of the plant in question — this is another trend that seems only to continue to rise over time. The number of older and middle-aged adults (ages 50 to 64) who’ve reported using cannabis has doubled over the course of the past decade, rising to nearly one in ten. Perhaps even more astonishingly, elderly adults (over the age of 65) are seven times more likely to use cannabis than they were a decade prior. Around 3% of elderly Americans have reported partaking in cannabis. All of these numbers are rising and are likely to continue to rise.

Growth in the Cannabis Industry

Regarding the cannabis industry itself, enormous growth is expected to happen. In fact, it’s predicted that the United States marijuana industry will generate a whopping $85 billion in sales in the year 2030. Considering this was once an illegal and underground industry, this number is incredible.

Lately, advocates of marijuana policy reform have been optimistic. There is a growing belief that sometime in the not-so-distant future, cannabis may be federally legalized. After all, this has been the direction the country’s been headed in for a number of years. Legislative change is looking promising: According to Politico, as of 2019, 68% of the United States Congress represented states with either medicinally or recreationally legalized marijuana. As a result, there’s seemingly an adequate number of potential votes, in order for long-awaited bills to finally be passed. As it stands, in the new U.S. Congress, there’s already a number of bills relating to marijuana.

Also of note, is the fact that President Joe Biden has expressed his support of cannabis decriminalization. He’s also stated his belief that the criminal records of those arrested for cannabis possession should be expunged. Vice President Kamala Harris was a co-sponsor of the Marijuana Justice Act.

A New Era for Cannabis 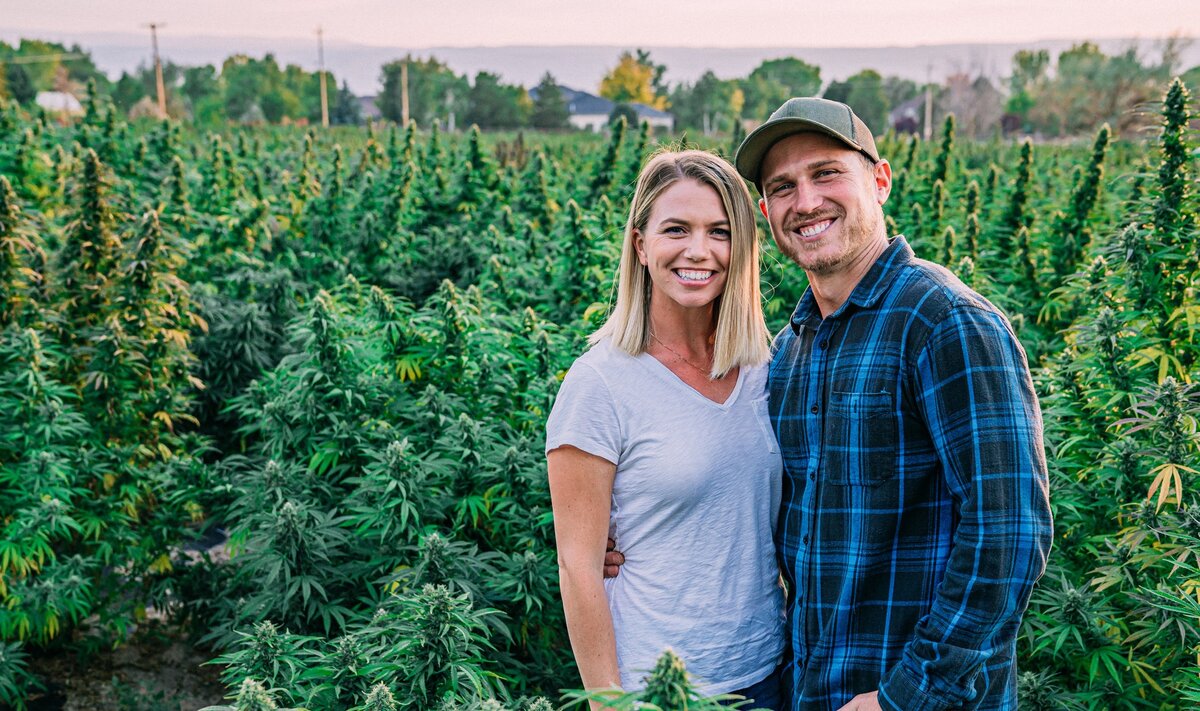 So, what does this all mean, moving forward?

Well, it’s really no exaggeration to claim that the future of cannabis has never looked more promising. Legalization is continuing to spread within the United States, and possible federal legalization seems to be on the horizon. Plus, the views of Americans are shifting, leading to decreased stigma and integration of cannabis into the mainstream. At last, marijuana is no longer the boogeyman that was once hanging over all of our heads. The public is growing increasingly knowledgeable about the plant, gaining a more realistic and nuanced view of cannabis.

We’ve truly entered a new, cannabis-friendly era of American history. For more information on cannabis history and culture, connect with Dank Budz — your source for learning about the marijuana industry.