The Complicated Intersection of Black History and Cannabis 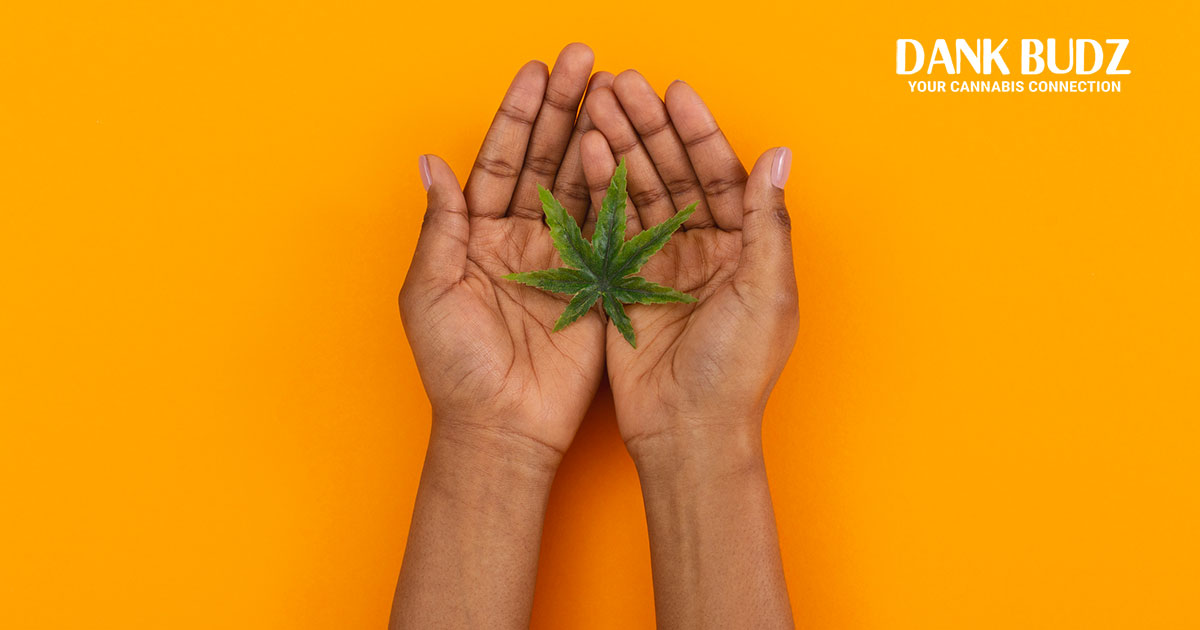 Cannabis and racial justice have been two of the most visible sociopolitical issues in the United States over the past decade. Cannabis has enjoyed something of a renaissance, with longstanding prohibition ending in several states and broad medical use programs available in others. Meanwhile, the struggle for racial justice and true equality continues to be a daily issue for black and brown people in many parts of the country.

The main connection between these two topics is fairly simple and well-known if often left unspoken: black men are historically arrested and imprisoned for cannabis-related crimes at a far greater rate than anyone else—a ratio of almost 4 to 1 when compared to white men. This is despite there being no strong statistical evidence to suggest that black men consume or carry more cannabis than any other demographic. [1]Pacek, L. R., Malcolm, R. J., & Martins, S. S. (2012). Race/ethnicity differences between alcohol, marijuana, and co-occurring alcohol and marijuana use disorders and their association with … Continue reading

This discrepancy is widely known, and the media has long enjoyed linking their borderline satirical notion of “black culture” to an equally ridiculous idea of what cannabis use looks like. Yet, the much more serious relationship between cannabis and real-world racial justice remains something of a taboo in polite mainstream conversation. This is why you rarely see articles focusing on cannabis and Black History Month despite the visibility of cannabis in Black Culture.

Most media outlets reserve February for feel-good stories about black inventors, pioneers, sports champions, civic leaders, and other high achievers, while the story of Black History and cannabis is a difficult and emotionally taxing one. But this silence itself constitutes a racial injustice when mostly-white entrepreneurs are beginning to reap the financial benefits of newly legalized cannabis markets while millions of black men remain imprisoned, even in fully legalized states, for merely possessing the same substance.

It is difficult to pinpoint the beginning of cannabis’s role in Black History. This is not only because the substance has been known to humankind for so long, but also because race itself, specifically colorism (the idea of dividing people into categories of black and white), is a much more contemporary and artificial concept than many people realize. Constructs that are well-known to us today, such as “black history,” “black culture,” and even “black people,” did not really exist when humans first began to experiment with cannabis.

The first known cannabis harvests occurred in central Asia, with some scholars placing them as far back as 500 BCE. From there, it spread to India and the Arab world. This is arguably the beginning of “black cannabis history.” By the 13th-century Arab traders had introduced cannabis to various African peoples. From that point on, cannabis has been present as a spiritual or medicinal aid in several segments of the African diaspora.

The Transatlantic Slave Trade is, unsurprisingly, the next major turning point in this story. By the 1800s, the British were bringing indentured servants from India to their Caribbean colonies, and some of these servants brought cannabis with them. The mixing of Indian cannabis culture with Jamaican slave populations gave birth to one of the most well-known (and oft-misunderstood) cannabis cultures alive today. “Ganja,” a popular name for cannabis across the island of Jamaica, provides a direct link back to our story’s beginning. The word is derived from Sanskrit and dates back to the days when cannabis first came to South Asia. 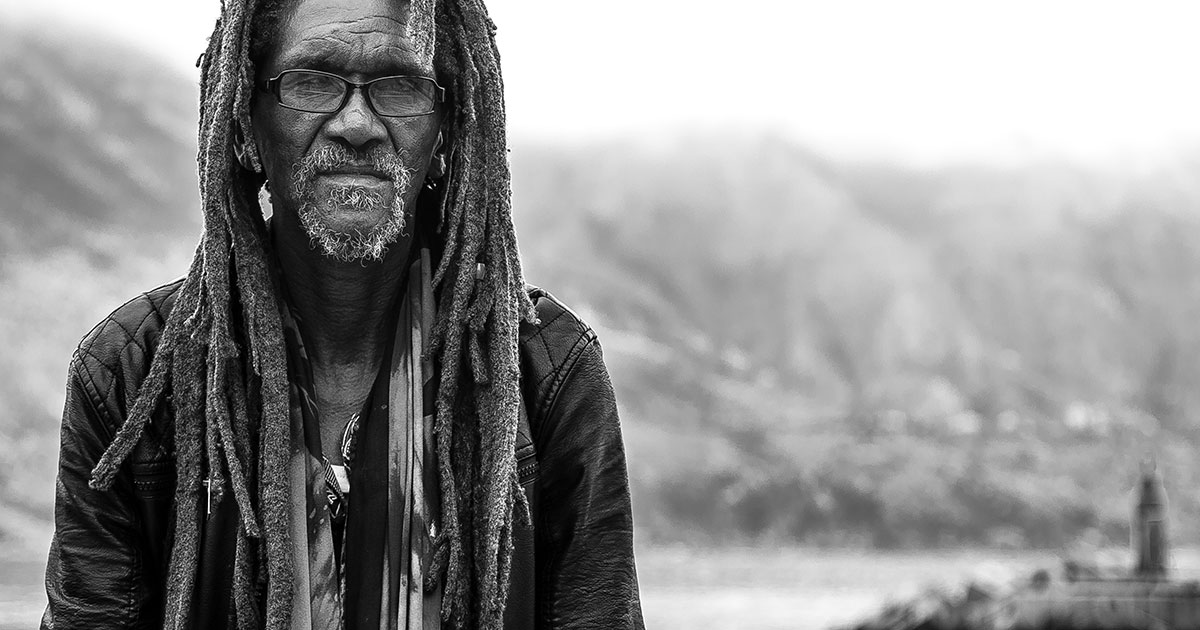 It is thought that cannabis then entered the United States by way of Caribbean sailors and immigrants. Some black families also pass down tales of enslaved people on American hemp plantations experimenting with the plant.

As slavery ended and immigration continued, cannabis became a popular recreational substance in some black and brown communities. Distinctly black art forms like jazz and, later, Jamaican reggae would then play a role in popularizing cannabis broadly across all segments of American life.

Cannabis’s explosion in popularity would not soon be celebrated in the American mainstream, however. [2]Carliner, H., Brown, Q. L., Sarvet, A. L., & Hasin, D. S. (2017). Cannabis use, attitudes, and legal status in the U.S.: A review. Preventive medicine, 104, 13–23. … Continue reading Nor would its link to Black Culture. Instead, this mostly harmless, natural substance was weaponized by American authorities as a way to further the oppression of the same black and brown populations who had once turned to cannabis as a way to cope with the mental and physical pain of living under bondage.

The War on Drugs or a War on Americans?

The so-called War on Drugs is perhaps the single most important (and devastating) event in the complicated story of cannabis and Black History. US Officials in some of the highest offices began crafting outrageous, non-scientific narratives about the dangers of cannabis. Powerful officials across the political spectrum and across various agencies and branches of government began linking cannabis use to nearly all of society’s ills, from murder and rape to mental health crises.

Another part of this devious, bad-faith narrative involved reinforcing the idea that black people were more susceptible to this “reefer madness” than whites and must therefore be policed more heavily and prosecuted more seriously. They even began referring to the substance as “marijuana” or “marihuana” in the mainstream, a word of Spanish origin that sounded “foreign” to American ears and thus did a better job of subconsciously linking cannabis to communities of color.

Cannabis restrictions and regulations began in many states in the early 1900s, and it was officially prohibited across the US in 1937. By 1970, even medical use and most research applications were completely outlawed. This is around the time the farcical War on Drugs began ramping up and building the inane prison-filling machine we saw in action throughout the 1980s and 90s and well into the 2000s.

Throughout that period, no president, Democrat or Republican made a serious effort to end the War on Drugs. In fact, most of them were happy to champion the cause of increased spending for the increasingly more militarized urban police forces used to round up nonviolent cannabis “criminals” in the so-called “war.”

The result was widespread devastation. In the ensuing decades, millions of people (mostly black and brown men) would have their lives drastically altered by cannabis policy. Many would become lifelong victims of the system, and still others would die in prison, having never seen their loved ones again.

To understand the intersection of Black History and cannabis, it is crucial to understand that the War on Drugs was not a war at all. Rather, it was a public relations campaign conducted at the highest levels of American power—one which lasted half a century, ruined millions of lives, enriched a small group of prison and criminal justice profiteers, made cannabis inaccessible to suffering patients who could have been helped by it, and artificially created the massive racial inequalities that persist in the areas of justice, education, opportunity, and wealth to this day.

Cannabis and the Future of Black History 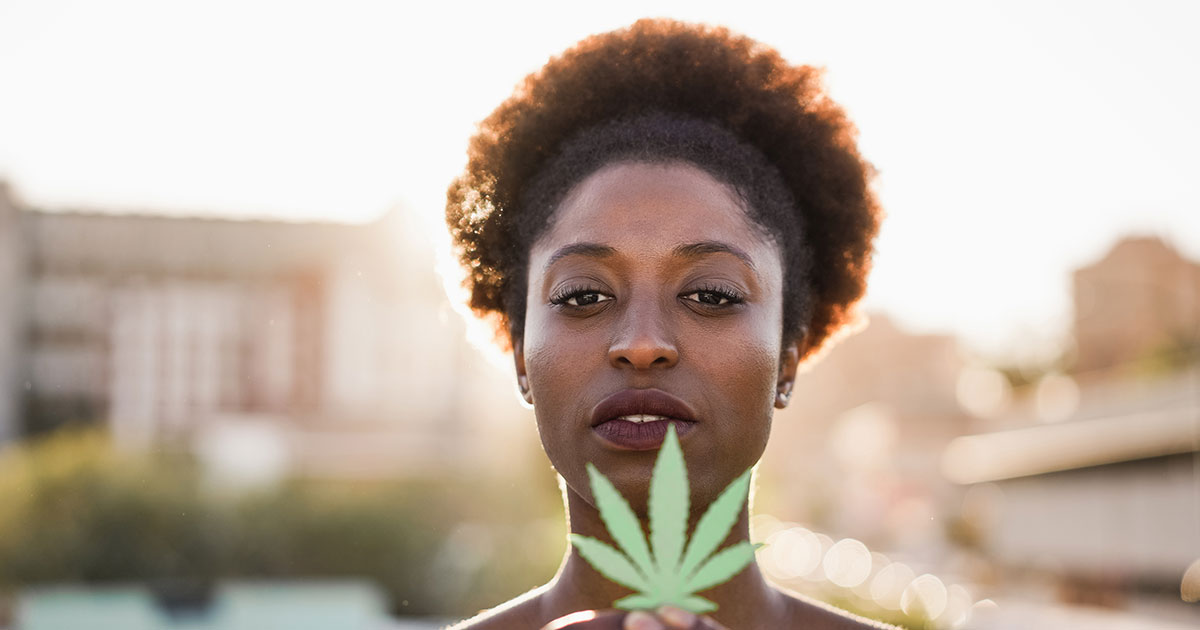 The role of cannabis in Black Culture today is a somewhat contradictory one. While a lot of black celebrities and influencers (rappers and musicians most ubiquitously, but also athletes, actors, and even politicians) openly endorse and celebrate cannabis, many other black people remain unfairly imprisoned for cannabis offenses. Everyone from teachers and politicians to senior citizens and police officers themselves can now safely enjoy cannabis in legalized states from coast to coast. Yet, some black men remain incarcerated in some of those same states for victimless offenses like smoking a joint or transporting cannabis across town.

The varied cannabis laws from state to state have resulted in a strange situation where some black entrepreneurs are now able to cash in on their cannabis knowledge by starting successful businesses, while in other states where cannabis prohibition endures, black people continue to be arrested for cannabis crimes at an elevated rate. Even in fully legal states, however, black businesspeople are encountering significant financial and social barriers to entering the retail cannabis space.

Some of these barriers can be addressed with thoughtful legislation and regulation. In New Jersey, for example, when medical cannabis was first legalized in 2010, the fee to merely apply for a dispensary license was $20,000, and you were also required to prove that you had acquired real estate for your business. [3]Clark, P. A., Capuzzi, K., & Fick, C. (2011). Medical marijuana: medical necessity versus political agenda. Medical science monitor : international medical journal of experimental and clinical … Continue reading Steep application fees can themselves constitute further racial injustice, given the context of wealth and resource inequality.

Today, thankfully, New Jersey’s application fees begin at only $100 for any operation defined as a “micro-business,” and the full cost of application is only around $2,000, even for larger businesses. Applicants are no longer required to prove they hold land or other capital. They have even added an affirmative action-like element to the program, giving priority processing to minorities and applicants who have previously been incarcerated.

After the widespread social justice and police brutality protests across the country in the last several years, many major cities took the incomprehensible step of actually transferring more money to police budgets, usually with very few conditions as to how it would be spent.

There are some bright spots, though. As cannabis legalization spreads across the country, a few states and municipalities are carefully considering the racial justice implications rather than just grabbing for the tax and licensing revenue. Reducing cannabis arrests going forward is a great start, but ending prohibition does very little to correct the social and cultural ruin that our slow-dying War on Drugs left in its wake. [5]Shover, C. L., & Humphreys, K. (2019). Six policy lessons relevant to cannabis legalization. The American journal of drug and alcohol abuse, 45(6), 698–706. … Continue reading

Many activists feel that expunging existing cannabis charges and releasing anyone still incarcerated for nonviolent cannabis offenses should be a no-brainer addition to any cannabis legalization legislation. [6]Abel, E. L. (1977). The relationship between cannabis and violence: A review. Psychological Bulletin, 84(2), 193–211. https://doi.org/10.1037/0033-2909.84.2.193 Over 20 states now have some form of expungement process available so that persons previously convicted of certain cannabis offenses can petition the courts to have their charges erased.

This is an important trend and worth celebrating. However, many of these expungement programs are still very limited in scope or so complex and onerous that they’re nearly impossible to navigate without expensive legal counsel.

We created Dank Budz as a campaign for the Eminent Creative Impact Team to work on as cause we care about. Join us as we work towards ending prohibition, eliminating outdated stigmas and educating ourselves and each other. Even simply sharing accurate cannabis information with our own children can help undo decades of fear-based propaganda, while at the same time inspire safe, responsible use.

Want to help? Consider this: The brands and organizations you follow, buy from and support matter. Knowing who to follow and why is important. Dank Budz only links to, partners with and otherwise references trusted cannabis brands and online sources. Sign up with us to receive notifications of new and exciting updates and insider thoughts from our team and experts we work with in the cannabis industry.